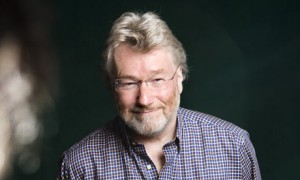 The Hydrogen Sonata, the new Culture novel by Iain M. Banks, is out in early October. He is one of the world’s foremost science-fiction writers as well as a prominent fiction writer (as Iain Banks). Mr Banks took time out from his busy schedule to answer my questions….

Andy Jamieson: What inspired your new Culture novel, The Hydrogen Sonata? Has it been an idea gestating for  a while?

Iain M. Banks: I’d been intending to go into more detail about what Subliming involves for a few years, so, yes, it had been simmering.

AJ: Is The Hydrogen Sonata accessible to new readers unfamiliar to the Culture series? 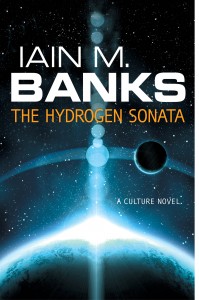 IMB: Well, I wouldn’t go to it first if you don’t read SF at all – of mine, Consider Phlebas and Player of Games would be where to start – but a hardened skiffy reader could probably cope with no knowledge of the earlier Culture stories.

AJ: When you first started out designing the universe of the Culture, beginning with Consider Phlebas in 1987, did you plan for it to have such longevity as a series? Do you foresee there being an end in sight to the series?

IMB: The order in which the books were published is deceptive; the first Culture book written was Use of Weapons, in 1974 (though in a pretty awful first-draft form); The Player of Games first draft dates from 1979.  So the Culture was a mature technology, if I can put it that way, by the time I came to write Consider Phlebas in 1981.  I always thought of it as open-ended; something I’d probably want to come back to now and again.  At the same time I didn’t want to get too in a rut about it, so I always intended writing other non-Culture stuff too.

I guess it’s surprised me how much more I’ve found to write about within the series, but then a detail from one book – like the idea of subliming for example – will spark a whole new train of thought, and sometimes blow up like a little bubble-universe of its own to create an entire novel.  I guess it’ll end when I’m no longer around to write about it!  I certainly won’t be rounding it all off in some big explosive finish as that’s a bit clichéed, and somehow feels antithetical to the spirit of the Culture itself, which is largely about not Subliming and instead sticking around to interfere and try to do good.

AJ: Would you like to see any of your Culture novels adapted for television or cinema? And is there any particular book in the series that you feel is an obvious contender for adaptation? Has there been any interest? 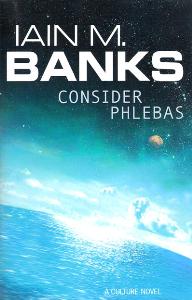 IMB: Good grief yes; all of them! Consider Phlebas would be the one to start with, I suppose, as it’s the most gaudy and spectacular – a romp, basically. There was serious interest in Player of Games from Pathé many years back, and there are always low-level rumblings of interest, but nothing to get too excited about.

AJ: Do you feel that, as a genre, science-fiction is in a healthy condition at the moment? Are there any books or particular authors, besides yourself, that have reinvigorated the genre?

IMB: I’m probably not the best person to ask; John Clute would know.  I think it’s sufficiently healthy that new writers come along all the time and keep reinvigorating it.

AJ: After all your success over the years, what keeps you fresh and inspired creatively?

IMB: I suspect it’s a deep-seated refusal to acknowledge how old I actually am.  Other than that, just still finding stuff interesting, I suppose: history, current events, science and technology; all that malarkey.

AJ: Does the process of writing a novel differ between your fiction and science-fiction novels, beyond the content?

IMB: No; they all have plots, characters, dialogue, and so on.  The skiffy ones are a bit longer … and tend to have more non-human sarcasm issues.  I blame the drones.

AJ: What is the best advice you can give to aspiring writers?

IMB: It’s about the three ‘P’s:  practice practice practice.  Basically writing is like everything else; the more you do it, the better you get.  Also, it helps to be (and have been) a voracious reader.  Last tip:  get to the end, then revise.  Don’t polish that first sentence / page / chapter for so long you never get to the end of the story / novel.

AJ: What do you read for leisure? Any recommendations?

IMB: I read pretty much like I write; half mainstream, half SF.  Yes:  read Mike Harrison’s trilogy (who’d have thought that?) comprising Light, Nova Swing and Empty Space.  It is / they are peerless.

The Hydrogen Sonata is out on Thursday 4th October, published by Orbit, £20 in Hardback.

Iain will be appearing alongside Peter F. Hamilton at Waterstone’s Edinburgh West End branch on Wednesday 10th October at 6pm. The authors will be reading from and discussing their new books, and will be signing afterwards.

Many thanks to Iain for his time. Interview conducted by Andy Jamieson, geekzine Editor-in-Chief.