We ask – they answer… 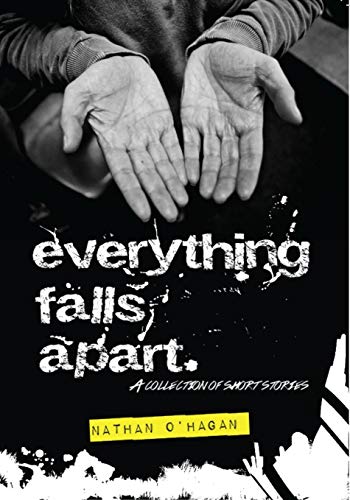 Nathan O’ Hagan is at the forefront of a an exciting new generation of British writers. His debut novel, The World Is (Not) A Cold Dead Place, is an incendiary piece of work, a vital novel of our times, described by the Liverpool Sound & Vision as capturing “a mood, a real sense of anger that perhaps has not been seen in such forceful, descriptive writing since the days when Holden Caulfield snatched J.D. Salinger into the world of rebellion and profanity forever.” His second book, Out of the City, cemented his burgeoning reputation as an author on the rise, and now his latest book, Everything Falls Apart: A Collection of Short Stories, is just out, and is equally impressive. He is also the co-founder (along with fellow acclaimed author, Wayne Leeming)  of publishing house, Obliterati Press. 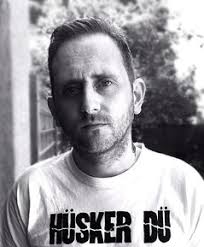 Andrew Jamieson: Your new book, Everything Falls Apart: A Collection of Short Stories, is out now. Is there a theme to the collection?

Nathan O’ Hagan: I think the term ‘mixed bag’ could have been coined for this collection. They’re a pretty disparate bunch, linked only by the idea of people living somewhat on the edge, and frequently losing their shit in fairly spectacular fashion. I didn’t start out with a clear intention to write a collection of stories, if I had done, maybe they would have been more thematically linked. It was more a case of having a bunch of short stories sitting around, and not really being bothered to submit them separately, so why not put them together and self publish?

AJ: You’ve been a busy man over the last few years, founding the publishing house, Obliterati Press, as well as pursuing your own writing. What was the inspiration to start your own publishers?

NOH: Publishing house is probably an overly grandiose description of what we are, we’re probably more of a publishing potting shed at the moment. Something that started off as a bit of a joke the first time I met Wayne (M.W. Leeming, who I met when we were doing a panel event in Leeds with Armley Press) just kind of picked up its own momentum, within a few months a joke during a chat over a curry turned into, ‘well, why not?’ and then ‘how’? Wayne was able to build a nice little website, and I was able to find a couple of very talented but unpublished authors whose work we could start by putting out. There’s no shortage of publishers, both indie and mainstream, but the fact that within my own vague, extended network of associates, there were at least two great, unpublished authors. So how many more must there be out there? That was reason enough to do it.

AJ: It seems like a massive undertaking to start up your own publishing company. What have you learnt along the way?

NOH: What incredibly hard work it is! It’s been an almost vertical learning curve, and we’re constantly learning things, either from things we get right, or things we make a balls-up of. I think, so far, we’ve got more things right than wrong.

AJ: What are you most proud of with Obliterati Press?

NOH: Definitely being able to publish work of incredible quality, and to have given the authors the chance to get their work read. Richard Rippon and David Olner, for example, are both hugely talented authors, but the chances are, if I hadn’t approached them, their novels may never have seen the light of day, and that would have been terrible. We still wish we could break through more in terms of sales, and we are still working on ways to do that, but to have at least got them out there for now, we’re very proud of that.

AJ: Has becoming a publisher had any impact on how you approach your own written work?

NOH: Definitely. It’s made me much better at editing my own work (although I still believe it’s near impossible to do that well). Having to be a bit more task-orientated with Obliterati, rather than being my usual skittish self, reacting to tasks the way a cat reacts to a cucumber, has helped me be a bit more focused when it comes to my own writing, rather than pontificating for hours at a time. That’s not to say that I don’t pontificate for hours at a time, I just do it slightly less 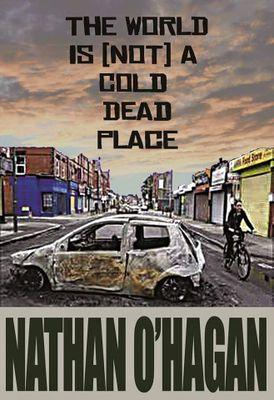 Nathan’s first novel, the highly acclaimed The World is [Not] A Cold Dead Place, from 2015.

AJ: What are the future plans for yourself as a writer, and also for Obliterati Press?

NOH: Having just put Everything Falls Apart out, I’m hoping to sit back and watch the royalties flood in, but in reality I’ll probably be looking at the sales figures and screaming at my computer screen about how nobody’s buying it. I’ve just finished another draft of the sequel to my first novel, and Wayne is doing some editing for me. I’ve got a couple of ideas for novels four and five which I hope to get to preliminary work on at some point soon(ish). As for the press, we’re hoping to put a couple of ideas into practice soon. We’ve just set up a copy editing/proofreading service, and in the new year we’re hoping to start a podcast, focusing on unpublished authors. And we’ve also got our next book, an absolutely brilliant novel, The Weighing Of The Heart by Paul Tudor Owen coming out, probably around late March time.

AJ: How do you feel about the state of the British publishing industry at present?

NOH: Like a lot of people, I do get very frustrated by how risk averse and homogenous the industry has become. Sometimes the big publishing houses still put out some genuinely superb work, but look at the bestsellers list, and you’ll mostly see ghostwritten celeb memoirs, fiction from the same few authors, and any publishing industry that can put out a book by a YouTuber telling you how to make sandwiches is clearly doing something wrong. A lot of this is responding to what the public want of course, but that just makes it even more depressing.

AJ: What are you reading for pleasure at the moment?

NOH: I’m currently re-reading Cormac McCarthy’s Blood Meridian, which is as brutal and brilliant as I remember it, as well as The House Of The Spirits by Isabel Allende. I also recently finished The Cut by George Pelecanos, and From A Low And Quiet Sea by Donal Ryan, which was magnificent and highly recommended.

AJ: And what ‘hidden gem’ book do you always recommend to people?

NOH: Ooh, great question! So many! Obviously all the Obliterati Press books, as well as my own. But, while it may not be exactly hidden, having won a Pulitzer, I’m always amazed how few people I talk to have even heard of A Confederacy Of Dunces by John Kennedy Toole, let alone read it. It’s probably the funniest novel ever written, and one of those I always try and foist onto people.

Thank you to Nathan for his time, and his answers. Everything Falls Apart is out now and available from here, or selected bookstores.

Please visit the Obliterati Press website to learn more about this exciting publisher and their authors. 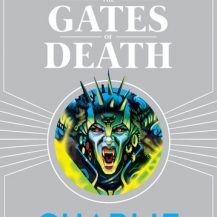 The creators of the Fighting Fantasy series of books, Ian Livingstone and Steve Jackson, are two titans of the fantasy roleplaying industry. Prior to the breakout success of the FF books, they set up and established Game Workshop as the UK’s premier hobby shop, publishing the magazine White Dwarf (which is still going strong today) and […] 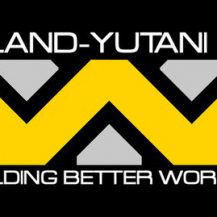 Owen Williams is an author and a journalist for the Empire movie magazine. His latest book is the ALIEN Survival Manual, published by Carlton Books and is out now. We featured it in the second part of our Geekzine Review of 2017 as one of the best books of last year. It truly is a […] 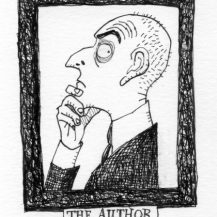 Author Chris Priestley’s latest book, Curse of the Werewolf Boy, is out now, published by Bloomsbury for £6.99. I’ve been reading his books for over ten years, and he is surely one of the finest craftsmen I’ve come across, combining the rare talents of storytelling and writing to produce one memorable read after another. His […] 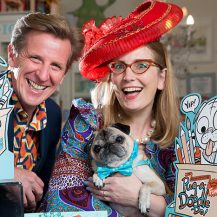 Author Philip Reeve and illustrator Sarah McIntyre are the talented minds behind Jinks & O’Hare Funfair Repair, and Pug-a-Doodle-Do! (the latter an activity book). Both are out now, published by the childrens imprint of Oxford University Press. I had the pleasure of meeting this talented pair at this summer’s Edinburgh International Book Festival, where I was […] 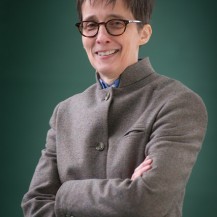 A darling of the Scottish literary scene whose best-known work concerns alcoholism and doomed love affairs, A. L. Kennedy might not appear the most likely candidate to pen BBC Books’ latest Doctor Who novel, The Drosten’s Curse.  But as Kennedy herself said during a wryly humorous talk at this year’s Edinburgh International Book Festival, it simply […]