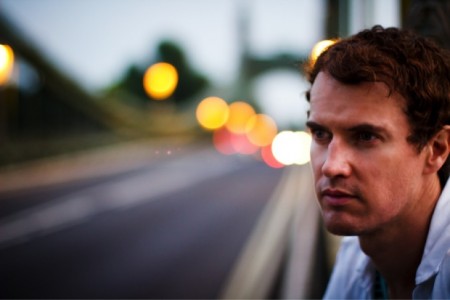 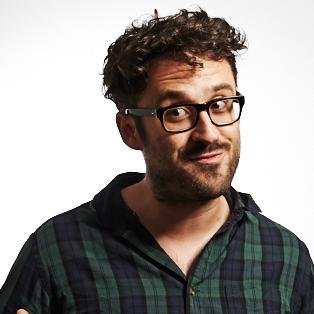 That neither Tim Clare nor Colin MacIntyre are primarily known as novellists (poet and musician, respectively) is only one why reason why it made sense for the Edinburgh International Book Festival to pair them up at an event last week entitled “Moving into the Fiction Factory”; both Clare’s The Honours and MacIntyre’s The Letters of Ivor Punch are novels which deal in the strange and fantastical whilst being firmly rooted in the history of the authors’ respective homelands.

The Honours follows the adventures of a young girl in 1930s Norfolk as she discovers dark goings-on at an old country house, and has invited comparison to the work of Philip Pullman and Neil Gaiman.  During an animated talk, Clare admitted that he’d been a frustrated novellist before turning to poetry, and that his return to the form had reminded him how just much fun it is to “make stuff up”.  He also spoke briefly of the influence that apocalyptic Japanese culture of the 1980s had had on a novel seemingly steeped in the myths and legends of Norfolk.

For MacIntyre, it was the strange elision of fantasy and reality that characterised his childhood on Mull which informed the weird and wonderful plot of The Letters of Ivor Punch.  Through a series of letters to President Barack Obama, retired policeman Ivor divulges secrets about the strange occurrences on his island, including sightings of a headless horseman and a man falling from the sky, as the secret history of Mull is explored with surprising consequences.  MacIntyre said the novel felt like a continuation of the storytelling he usually practices through songwriting, where he’s better known by his stage name of The Mull Historical Society.

Despite having wildly different protagonists, the two books share a lot in common, particularly an approach to writing fantasy which is very much rooted in the mundane.  This is necessary, said Clare, to ‘tether’ fantastical ideas to believable reality, and MacIntyre agreed, suggesting that the contrast between the two realms makes for an effective storytelling tool.  Fantastical things, the two authors agreed, can be effective metaphors, but they are also things in themselves, and that’s what makes writing fantasy so much fun.