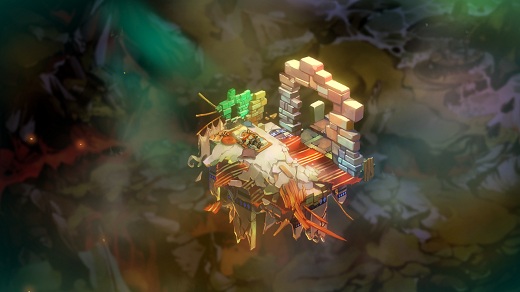 In recent times video game narratives have become increasingly complex, crafted not solely by writers, but rather by close collaboration between artists, designers and musicians in harmony with the actions of the player. Experiences like Limbo and Machinarium mirror the style of Pixar’s Luxo, in which a story unravels without uttering a word. Unlike film, however, they embrace the interactive qualities of the medium, allowing the player to control the experience. Yet for all the innovation in interactive story telling, narration, remains for the most part static and predictable. Often times stories are delivered in scripted sequences as control is yanked from the player. While many developers have made efforts to avoid this construct, none have done so in such an enchanting fashion as Bastion.

The player controls the actions of the Kid, a baby faced warrior, uprooted by The Calamity. Before the Kid stirs for the first time a suitably coarse voice begins to speak. The voice, immaculately spoken by Logan Cunningham, then proceeds to punctuate the Kids every move with thoughtful narrative. It’s almost three thousand lines of dialogue, not insignificance for an eight hour experience, speaks for everyone and everything. It speaks the Kids mind, justifies his actions and relays his feelings. The voice weaves history into present actions and embellishes the world with stories of what its mere platforms once represented.

The narration, however, plays just one part of the experience, supported by Jen Zee’s beautifully illustrated world and acoustic frontier trip-hop soundtrack by Darren Korb, Bastion feels complete. In contrast, its regions are fractured, torn apart by the Calamity. As the Kid walks they are rebuilt underfoot one detail at a time from a deep void. The void surrounds the newly formed platforms as the sea surrounds an island, providing a sense of vastness and an inspired alternative to walls. Falling from the platforms costs a little health, but the Kid soon drops back to ground as if in a work by Escher to continue on his adventure. He slashes and plunders his way from region to region, surrounded by gleaming crystals, lush jungles and falling embers. Visiting each only once, which adds gravity to the choices he faces. Periodically he checks into Bastions’ name sake to upgrade weapons and manipulate bonuses. This sanctuary also holds it’s own secrets and some of the most challenging encounters in the game.

For all this, Bastion is at its core a humble action adventure title. A story of distraction and redemption in a post apocalyptic fantasy world. Only that it has been crafted with such care by it’s designer Amir Rao, it’s a joy to experience. It’s innovation deserves praise, but perhaps it is Supergiant’s passion that is most important. 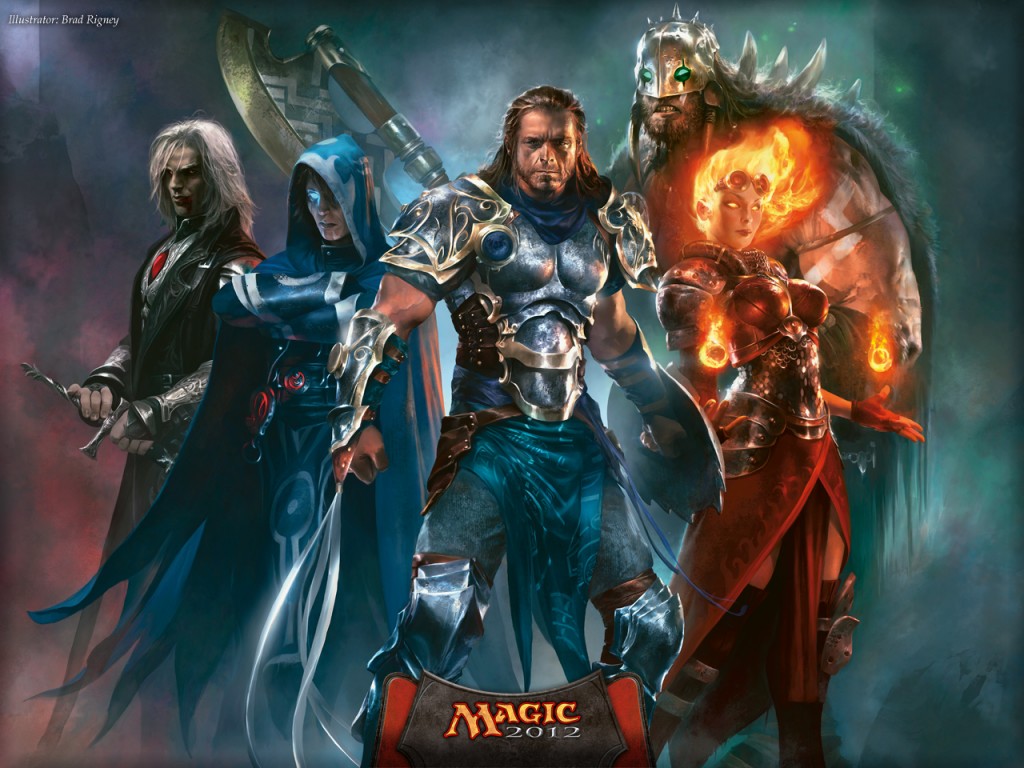 Planeswalkers, they're not all that keen on each other...

This is Magic the Gathering aimed at the beginner / novice / casual market as this iteration of the game automatically takes care of all the fiddly bits and pieces involved with the real life card game that can stump people at first, such as counters, hit point count, damage rules etc. It lets the player just get on with playing the cards. The graphics are good for this sort of game and the rendering of the cards themselves is truly wonderful. Magic the Gathering has some of the best fantasy artwork around. 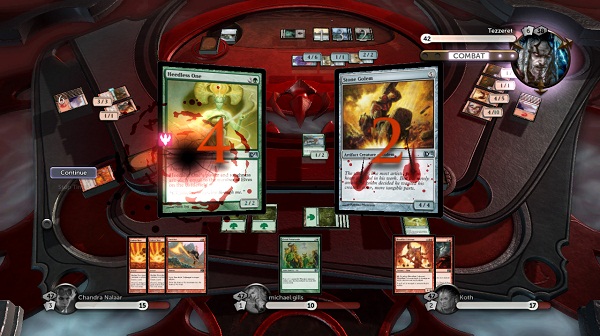 The game play board has a nice easy understandable layout and you can't spill your drink on the cards... 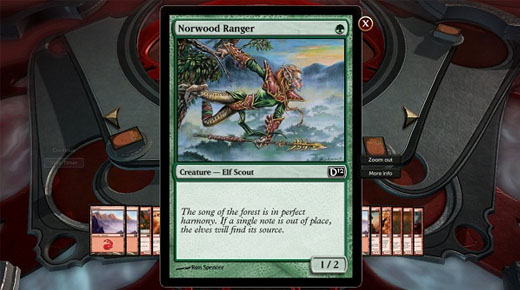 The cards are beautifully rendered

Single Player mode consists of playing through a ‘tree’ of opponents with only a certain amount of decks available at the beginning. As you beat the AI opponents you get to unlock other decks and also different bonus cards to customise your decks a little bit. There are different challenge scenarios that you can play as you progress where you are put into a custom situation against an AI player with only certain cards and a limited amount of turns to win. This is easy at first but get progressively harder. The mode that is new to this version and I find most interesting is Archenemy. This is a 3 against the one AI battle where the AI gets to stack the odds against you with special oversized turn modifier cards. Can be frustrating and elating!

The implementation of the game engine itself is just a bit disappointing and I’ve found it a little buggy in some respects with the selection and playing of cards and as with the first title, I play it with the music turned off as it tends to get on my nerves after about 3 minutes.

Having said that it’s an awful lot of fun and worth the £7 or so that it costs on Live, Steam or PSN and you’ll get a fair bit of replayability out of the title with different modes of play with Archenemy, double headed giant (2v2), cards to collect and decks to alter and a well implemented multiplayer system.

Verdict: Solid implementation of the card game but aimed at the casual / beginner. Hardcore fans may enjoy the multiplayer and Archenemy modes.