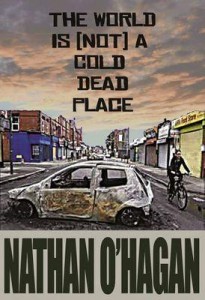 Nathan O’ Hagan is the author of The World Is (Not) A Cold Dead Place, his debut novel published by Armley Press, an independent publisher based in Leeds. He has been dubbed by some critics as being a literary voice akin to Chuck Palahniuk. Geekzine editor-in-chief, Andy Jamieson, caught up with Nathan to discuss his book.

Thanks to Nathan for his answers. You can buy his novel from any decent bookstore, and amazon.

Check out his page on the Armley Press website: http://www.armleypress.com/#!nathan-ohagan-books/c16jd